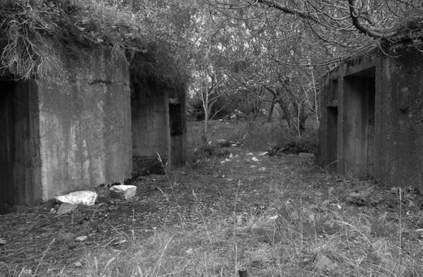 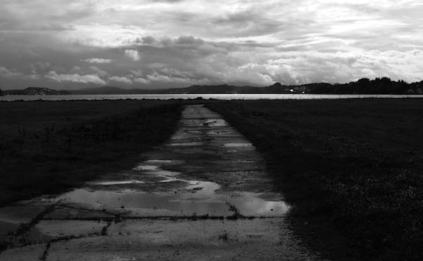 They will be presenting Ghost Architecture, an audio-visual performance based on material recorded around the sites of 2nd. world war German fortifications on islands off the west coast of Norway, near Bergen.

As part of their strategy to control the shipping lanes of the North Sea/North Atlantic, the German forces built fortifications, bunkers and airstrips all along the Norwegian coast. Today, many of these structures still remain, most of them disused relics, overgrown and almost forgotten, but some of them preserved as museums.

Jeremy Welsh has been photographing in and around these relics for a number of years, while sound artist Trond Lossius recently created a site-specific audio installation in a deep tunnel beneath one of the largest subterranean fortresses on the island of Sotra, near Bergen.

The presentation will combine elements of the audio materials used in the installation with photographic images, video and text to realize a work that is more about the experience of these places than a historical account of their wartime significance.

The project is supported by Bergen National Academy of the Arts and BEK.