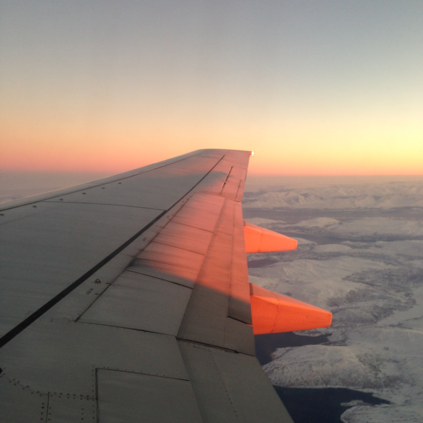 For the next two weeks I’ve been invited to be artist-in-residence at the Marine Night campaign of the Mare Incognito Arctic marine biology research project. I’ll be spending 5 nights on FF Helmar Hansen, and then another week in Ny-Ålesund, finishing with a few nights in Longyearbyen.

I do not join the campaign with any pre-defined research questions or ideas for artistic projects. Instead I will start out with a set of working methods and a curious mind that, quoting one of Brian Eno’s oblique strategies, can be summoned as “once the search has begun, something will be found”.

I expect to spend a fair amount of time doing field recordings. In recent years I have done field recordings on a regular basis, most often using a surround (ambisonic) microphone to capture the sound of outdoor spaces. These recordings can be reproduced as 3D surround sound. Contrary to most music recording techniques, ambisonic recordings put an equal emphasis on sounds originating from any and all directions, with no filtering of “unwanted” sound from “unwanted” directions. I like this holistic and non-discriminating quality, and find the recordings interesting for their abilities to capture a sense of place, as opposed to recordings of select sounds disassociated from their surroundings.

During the campaign I hope to be able to do recordings of various outdoor environments (nature as well as inhabited places), as well as indoor places and their activities. Additional recordings using contact microphones capturing vibrations at various surfaces, as well as video recordings, will complement surround recordings. Elin Øyen Vister has been kind to lend me hydrophones and a Telinga parabol mic, and I’ll be experimenting with them as well.

During the campaign I also hope to be able to engage with the other participants, and learn more about their research. On a personal level the campaign offers possibilities for connecting strands of my various educations (I studied polar oceonography before I started studing music composition) in a way that I have not done before, and additionally I believe that a deeper engaging with and understanding of the places we will visit can not be done only by audio alone, but also need to encompass the research-related (and ultimately political) questions that the various research strands of the campaign address.

During this period I expect to be mostly offline, and with no phone connection. I’ll catch up on mails when I’m back home by the end of the mknth.