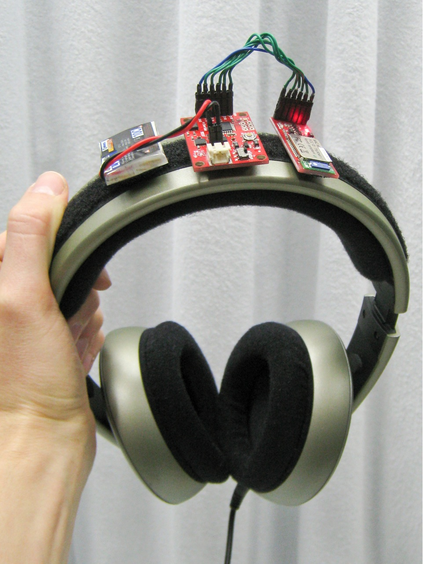 Spatial Audio Research at TU Berlin has published a tutorial and firmware which allows to put together a low-cost Attitude and Heading Reference System (AHRS) that can be used as a head-tracker for virtual acoustics.

A wired version of the tracker (connected via USB), as well as a wireless version (using Bluetooth) can be realized quite simple using comercially available hardware. The tracker is based on the Arduino-compatible “9DOF Razor IMU” board by SparkFun, which contains a 3-axis gyroscope/accelerometer/magnetometer and a microcontroller to do the sensor fusion. 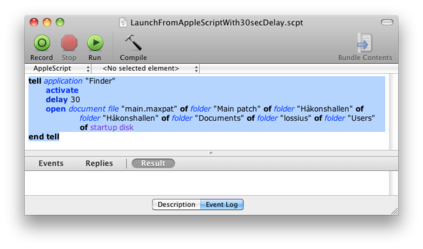 I’ve just “unstalled” the sound installation Lines converging at a distance that has been running at Håkon’s Hall since early July this year.

Before handing the mac mini used for running it back to BEK, I want to make some notes to myself about how I set it up to have the installation run automatically when the Mac was booted in the morning (this was on a Mac running OSX 10.6, so location of settings might vary somewhat in later versions of the OS):

Surround Factory is a French business founded in 2010 by sound to picture professionals working in the film and tv industry. It was created to promote real surround sound recordings to be used by top notch professionals in the worlds of cinema, HD TV, video games, event creation, institutional, and educational films, amongst other areas. 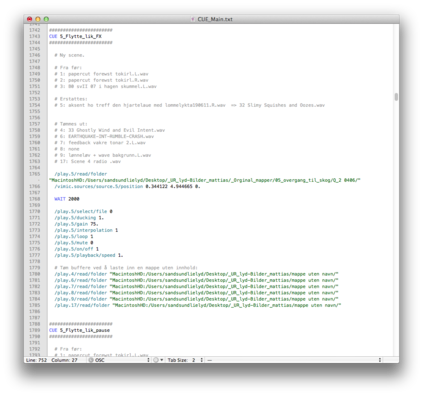 Everyone that has been doing a bit of coding, know that syntax highlighting is extremely useful. In order to simplify manual editing of Jamoma cue scripts, I’ve just added a OSC TextMate bundle to the Documentation repository.

If you want to start using it straight away, you can download it over at the Jamoma blog.

Jamoma channel at Vimeo and a TextMate demo

Today saw some further work on the TextMate bundle discussed yesterday, and an updated zip file will be posted shortly to the yesterday’s post at the Jamoma blog. I’ve also made a screen cast demoing it, and uploaded to Vimeo.

While at it, I created a Jamoma channel at Vimeo. I hope this will be useful for instruction videos as well as videos showcasing Jamoma in use. Please subscribe to the channel, and if you have videos relating to Jamoma, feel free to add them to the channel.