During spring 2012 I am a guest at the web site of Madstun with the project West coast soundscapes. I will be doing a series of field recordings at various locations in Sotra and Øygarden. The sound recordings will be posted to the Madstun blog with accompanying text and photos. 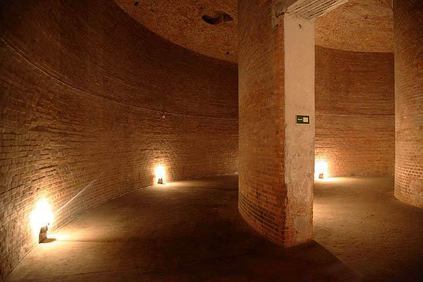 Matt Rogalsky has made some interesting impulse responses available. Quoting his email to the cec-c mailing list:

For anyone who can make use of them – some impulse responses I recorded last year.

The first set is from the larger of two 19th century water reservoirs in Prenzlauer Berg, Berlin. In recent years this has been a venue for sound installations, produced by Singuhr Hörgalerie. The network of circular brick chambers creates interesting echo patterns and long reverb times.

The second set is from another structure also dating to the 19th c. Fort Jay is an old military installation on Governor’s Island, just off the tip of Manhattan in NYC. These recordings were made in various rooms of its former ammunition magazine. Stone/concrete walls and floors give fairly long reverb times. There are also two IRs from shots fired in the courtyard of the fort, as part of visitor demonstrations of Civil War era drills.

Free for non-commercial use… if you find a place for them, let me know!

I’ll leave these in my dropbox for awhile.

This week I have added a new feature to Jamoma: The ability to use aliases to change the names of modules dynamically. This screencast illustrates how it works.

The main purpose is to be able to change the names of modules on the fly so that they reflect the content that they are currently being used for. Hopefully this will help making cue scripts more content-related and easier to read, edit and work on.

The feature will be available in the next installed, and I hope to get the time to make one the coming weekend.

In February I’ll be giving a one-week intro workshop to Max at BEK. More info can be found at the BEK website.