16 channels of sound and 3 HD video projections. Loudspeakers are arranged around the edges of the gallery space, on the floor and mounted on the wall just below ceiling height. The two symmetric rings of loudspeakers on floor and wall allow sound to be distributed both laterally and vertically. This arrangement allows for a more immersive listening experience, placing the viewer in a more physical relationship with the artwork.

This exhibition continues the close collaboration between all four artists, developed during the research project Re:place at Bergen Academy of Art & Design & Oslo National Academy of The Arts in 2012-2013.
Supported by: Norsk Kulturråd, Bergen Kommune, Billedkunstnernes vederlagsfond, BEK (Bergen senter for elektronisk kunst)

Révolution Périphérique (2010) consists of two video recordings made on the circular motorway surrounding Paris, one recorded in each direction (clockwise and counter clockwise). The piece continues Bull.Miletic’s exploration of the cinematics of the mobile gaze, a theme they have developed through many collaborative works. They use the term “Cinéma Trouvé” to describe their working process – whereby they use existing systems such as the automobile, subway train, elevator, revolving restaurant, etc, to “animate” the gaze of the camera. As in the work of many French auteurs and film theorists, they are interested in the dispositif – the apparatus and mode of production that is intrinsic to their aesthetic and to the construction of meaning in their work. The two-screen video is accompanied by a 12” vinyl record whose grooves are concentric loops rather than spirals. Once it starts playing, the record player’s needle is stuck in the same groove, circulating endlessly and at the same time moving toward entropy as dust accumulates and the vinyl is progressively worn away. 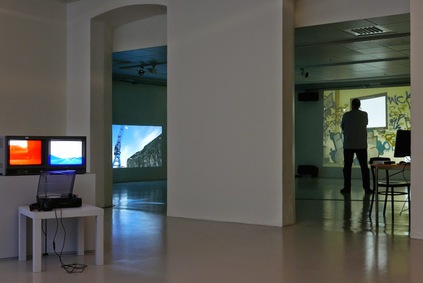 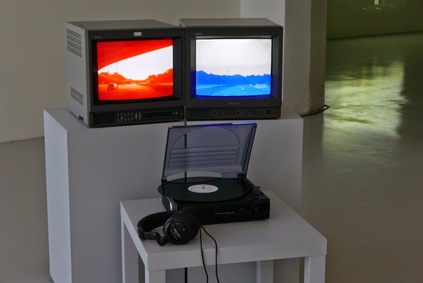 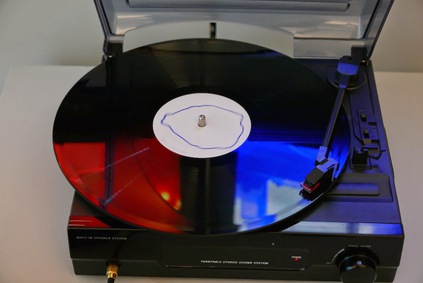 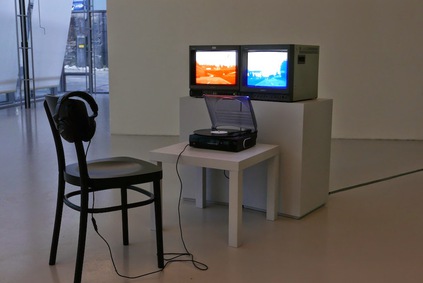 The Atmospherics (2014) is an ongoing collaborative project by Trond Lossius and Jeremy Welsh, based on field recordings made with surround sound and HD video. The first iteration of the project was exhibited at 3,14 in Bergen in November, under the title “The Place Sound Builds In Passing”, where the exhibition included live improvisations inside the installation by musicians from the ensemble Bergen Barokk. During summer and autumn 2014, Lossius and Welsh have made recordings in Sogn & Fjordane, Hardanger, Nordhordaland, Bergen Vest and Sotra. Elements of audio and video from these locations are combined within the installation, which does not aim to be a literal depiction of a given place, but rather constitutes an exploration of the abstraction of a “sense of place” through juxtaposition, distancing and the manipulation of ambience or atmosphere. The project has been supported by Bergen Kommune, Norsk Kulturråd, Billedkunstnernes Vederlagsfond and BEK (Bergen Senter for Elektroniske Kunst) 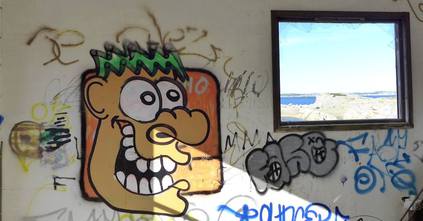 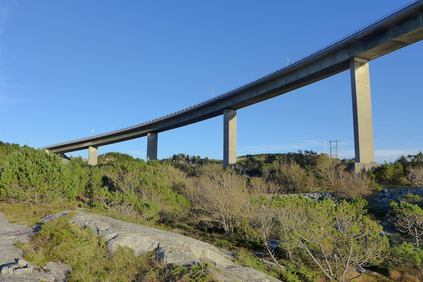 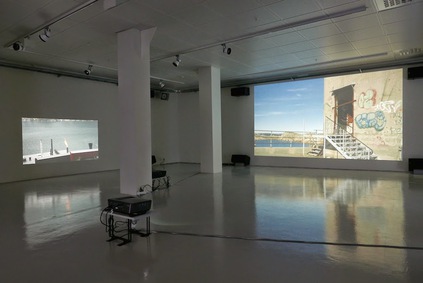 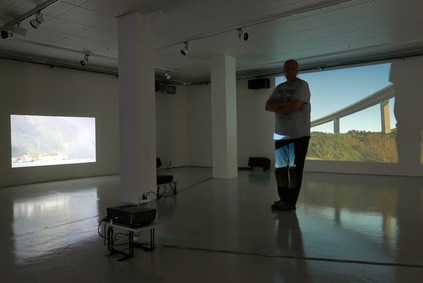 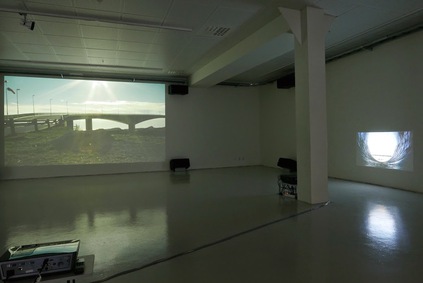 Tracings (2013) was realised within two parallel research projects at Bergen Academy of Art & Design: Re:place and Topographies of The Obsolete. and was first shown in the exhibition “This Must Be The Place” at Kino Kino, Sandnes, in October 2013. The material was recorded at the site of the former Spode ceramics factory in Stoke on Trent, England. Imagery was collected in various parts of the factory complex. The material that was finally used in “Tracings” was recorded in one of the oldest mould stores at the site – a building containing plaster block moulds which were the “originals” for many of the company’s renowned products. The objects are steeped in history and resonate with accumulated knowledge and memories – but at the same time are dormant or suspended in time. Layers of dust, mould spores growing on the moulds themselves, partly discernible inscriptions on the surfaces of the objects – all of these are traces from which one might construct a narrative around the disappearing history of this site and its former production. 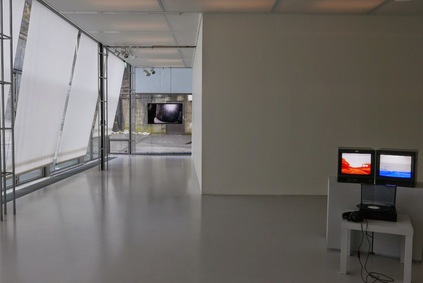