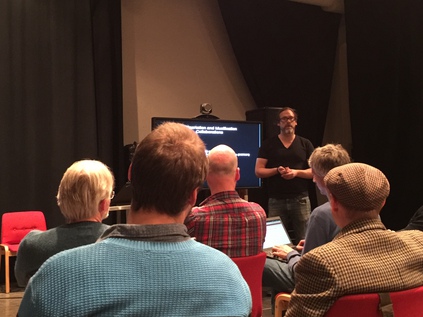 Musikkteknologidagene is a national meeting and symposium for researchers, developers, educators, musicians and artists that work with music technology. This year it is hosted by the Music Conservatory at the University of Tromsø, in cooperation with Insomnia Festival.

The keynote is by Chris Chafer from CCRMA , Stanford, and the Insomnia festival features among others Torus (B) , Hildur Gudnadottir (IS) , Paranoid London (UK) and Farao (N). The scientific program also offers discussions and a series of presentations by participants. I gave a presentation yesterday where I discussed recent development of Jamoma, and how larger artistic projects realised using Cycling’74 Max may benefit from the use of Jamoma.

What can Jamoma do for you?

As your Max patchers for stage, music performances or sound installations grow in size, it becomes increasingly important that they do not run wild. Jamoma for Max is a package of externals and patchers that helps YOU to stay in control of your patch. Each section of your patch is neatly turned into a model. You gain a new sense of freedom with respect to how interfaces can be designed, and it is a relief to discover that the patch can be instantiated in a predictable and reliable way. At any moment you can ask your patch how it is currently configured, and use this to build presets and cues for future performances. How do you want interactions to operate? Mapping between parameters is a breeze, and invites playful experimentation. Advanced mappings with interpolations recreate long missed sound effect processes from the discontinued Hipno plugin suite. Many models are available for spatial audio, and AudioGraph turns your patch cord into an audio snake cable, carrying many channels.

Last week I attended the Nowrwegian Music tech Days in Tromsø. Here are a few start notes on stuff that caught my attention.

A couple of interesting books on the maker scene:

Some recent Norwegian ganes with interesting and deliberate sound and music design:

In Savant Access the gameplay is influenced by the embedded sound tracks.

Size Does Matter, music by Chipzel.

Klang is a not yet released game by Tinimations, describes as a rhythm platform game. Expected to be released in 2016. The COSMO project is an open source project about making a DIY effect pedal using the small and inexpensive computer Raspberry PI running Linux with Csound. We may be doing a COSMO workshop at BEK in the spring.

MuzHack is a joint effort between Arve Knudsen and Notam to produce an online hub for music technology projects. The goal is that this application should contain descriptions of the outcomes of such projects, and generally facilitate their re-production. 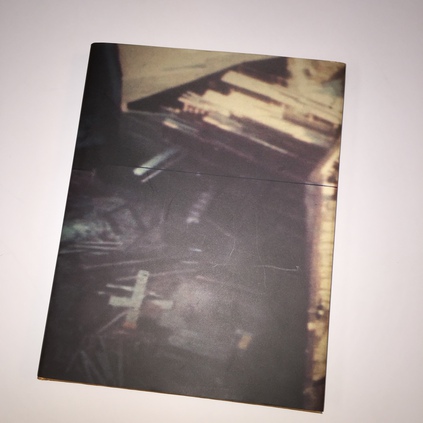 Skyvelære, the critical reflection that Ellen Røed delivered as part of her artistic research project, has now been published as a book by Bergen Academy of Arts and Design. Grab it while you can! 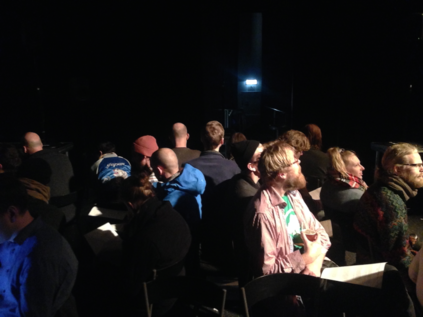 December7-11 I will give a 5-day workshop introducing to work on surround sound and Ambisonics. The workshop is a collaboration between BEK and Lydgalleriet. For the first three days we’ll work at BEK, where participants are given a theoretical and hands-on introduction to the topic. For the two last days we move to Lydgalleriet, where participants can get their hands dirty playing with the 25-speaker 3D Ambisonics rig.

For more info and how to sign up, please check the BEK web site.