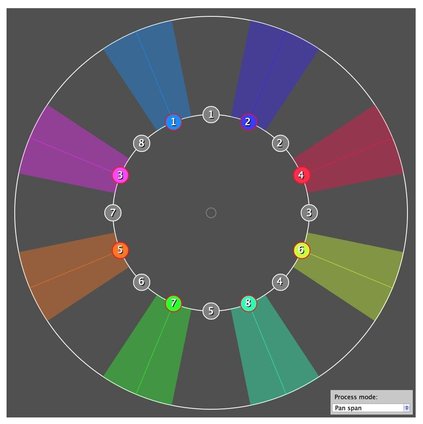 The Groupe de Recherche en Immersion Spatiale (GRIS) from the Faculty of Music of University of Montreal has just announced ZirkOSC version 3, a plugin for multiphonic 3D spatial sound.

The ZirkOSC3 is a plugin (AU and VST formats) designed to control the Zirkonium MKII from any compatible audio sequencer on a Mac. It allows the user to spatialize the sound in 3D under a dome of speakers. As its name implies, it sends Open Sound Control (OSC) data to the Zirkonium. The ZirkOSC3 is not an audio plugin, it only sends and receives data between two applications. The audio itself is sent from the DAW to the Zirkonium through Jack.

The Zirkonium MKII was developed at the Zentrum für Kunst und Medientechnologie (ZKM) in Karlsruhe (Germany). It is based on the Vector Base Amplitude Panning (VBAP) algorithm developed in Helsinki by Ville Pulkki.

ZirkOSC3 is an open source plugin available with a very important manual (English only) on SourceForge: 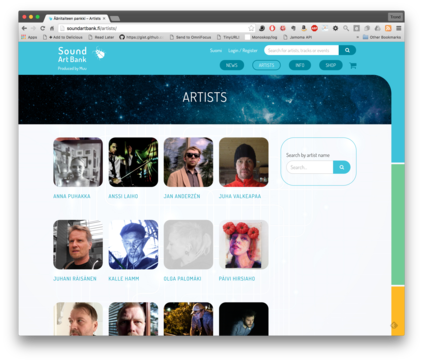 SOUND ART BANK, soundartbank.fi is a new Finnish resource for new and current sound art. Sound Art Bank is a database administrated by Artists’ Association MUU. At the SAB website you can get acquainted with artists and their works and listen to sound art tracks. You can also purchase tracks from the Sound Art Bank web shop.

SOUND ART BANK is a new online database in Finland, which collects and archives professional Sound Art. At SAB you can listen to Sound Art, explore background information on the artists and their works. SAB also collects and shares information on current Sound Art Performances, Concerts and Sound Exhibitions. As a way of helping artists, SAB has a web shop where high quality tracks and sound related items are easily distributed and sold.

SAB is a meeting place for artists, curators and other experts as well as potential buyers of Sound Art. In the future SAB will be a valuable research tool and a snapshot of contemporary Sound Art, and will showcase the changing appearance of the impermanent and transient medium of Sound.

The newly opened SAB features a limited number of Sound Artists, but will include 100 artists and their works by the end of the year. It will grow into an active community, where the users can find the latest news and different genres within Sound Art.

SAB uses Wordpress content management system and after the artists have registered, they can access their own profile pages and easily update their content. The latest tracks and sound related material submitted on the website will be visible on the front page. SAB also has a search engine which enables the audience to easy find works either by genre, format, content, metadata or other search parameters.

Sound art as a whole is a very extensive field that connects with many other mediums. A sound art piece can be, for example, a sonic sculpture, a concert, radio art or a live performance.

The documentation and archiving of sound art are especially important, since often a sound art piece exists only in the moment in which it is performed, unlike video art which can be presented multiple times, or music, which can be transcribed into notation.

Academic interest towards sound art has in recent years grown, as well as the number of sound art galleries. For example in Helsinki there are several galleries focusing on sound art, such as Akusmata, A Listening Room, Third Space and Vuorikaiku sound gallery. 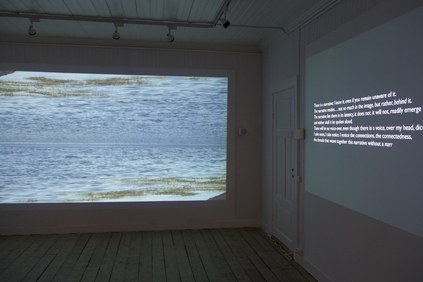 From the recent installation in Heimdal kunstforening

In a recent blog post Jeremy Welsh is reflecting on artistic research, and how it relates to our collaboration on the Atmospherics project.

Atmospherics is not based within any academic framework. Still, I feel that it has become the platform where we continue to elaborate on the core subjects of the Re:place artistic research project that we both were part of a few years ago, topics that need longer processes than the Re :place project itself could provide.

Multi concert and workshop at Borealis 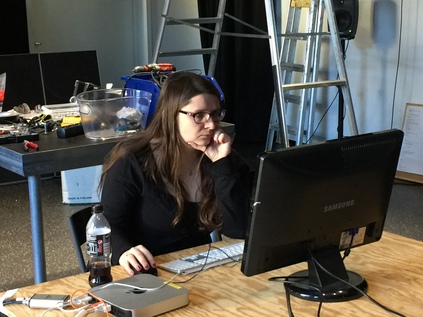 This week the Borealis experimental music festival is taking place in Bergen, and I have one of those work weeks that makes BEK such a great place to be. Thursday we are doing yet another Multi surround sound concert at Lydgalleriet. It will feature new and commissioned works by Anders Vinjar, Kari Telstad Sundet and Julian Skar. Today we have gotten the rig up and running, and right now Kari is testing out her piece and adapting it for the rig. Kari took part in the Multi workshop that I gave last fall, and it is fascinating to hear the kind of command that she is taking of the system now. This concert will happen twice Thursday, at 17:00 and 21:00, so make sure not to miss out! 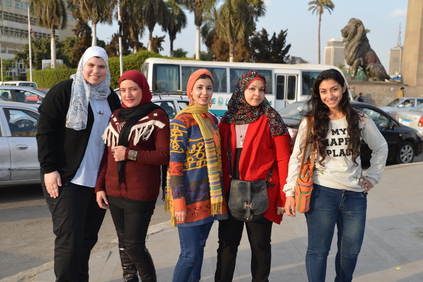 Wednesday and Friday I will be hanging out with these fine experimental musicians from Cairo. Egyptian Females Experimental Music Session, featuring Asmaa Azzouz, Shorouk El Zomor, Jacqueline George, Nina El Gebaly, Hagar Masoud and Ola Saad, performs at Østre Thursday night. Wednesday and Friday I am giving a two day workshop for them. The first day will be an introduction to Reaper and the Ambisonic Toolkit for Reaper. Friday they get their hands on the 24 channel rig at Lydgalleriet, in order to try it out with their own material. We hope to be able to continue the collaboration and bring them back to Bergen sometime later, in order to hear what they might use the rig for.

I have made a 12" vinyl sound work for FOAM, a collection of one-off commissioned 12” dub plate records presented in interactive gallery settings. 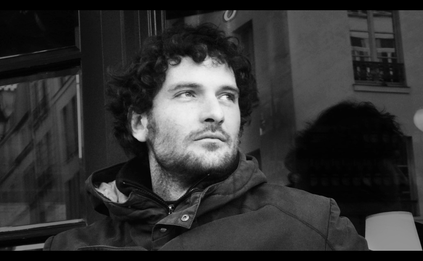 The sad news has reached me that François-Eudes Chanfrault passed away a few days ago. He has been one of many friends that I have made around the world among the community of Max developers and users frequenting the Max mailing lists and forums over the years. When Max for Windows was first released, f.e. made a huge contribution towards all of the Max community by porting and compiling many 3rd party externals to Windows, including my filters externals. I also had the pleasure of meeting him in Paris some years ago, when he took me along to one of the better restaurants that I have ever visited in Paris.

Over the past ten years François-Eudes Chanfrault established himself as an important composer of film scores, blending acoustic chamber music, minimalism, electro-acoustics and electronica in a unique and beautiful way. A feature in The Dissolve a year ago hailed him as an innovator of music scores for horror movies:

In recent years, however, genre movie scores have gone one of three ways: carbon-copy sonic imitations of those old Carpenter sounds, nondescript orchestral arrangements that owe nearly everything to John Williams and Bernard Herrmann, or sparse and transparently avant-garde combinations of jump-scare-ready ambient sounds. To hear anything approaching iconic, you’d have to look overseas—in France, specifically, where composer François-Eudes Chanfrault has gifted his aggressively electro scores to hardcore films like High Tension and Inside. In America, though, horror scores have been far less idiosyncratic.

Some of his music can be checked out at Bandcamp and SoundCloud.

I’m in the process of updating the layout of the Jamoma web site. It is not completed yet, so there is nothing to see so far, but one of several changes is that we’ll now use Bootstrap for mobile responsive layout.

In the past we have also used fancyBox for displaying images as light boxes. Initially I had problems getting fancyBox and Bootstrap to collaborate. It turns out that fancyBox depends on jQuery being loaded in the header while Bootstrap usually loads jQuery in the footer.

In order to test it out and get it working, I have made a fork of fancyBox that integrates Bootstrap as well. A demo of fancyBox with Bootstrap can be found here. 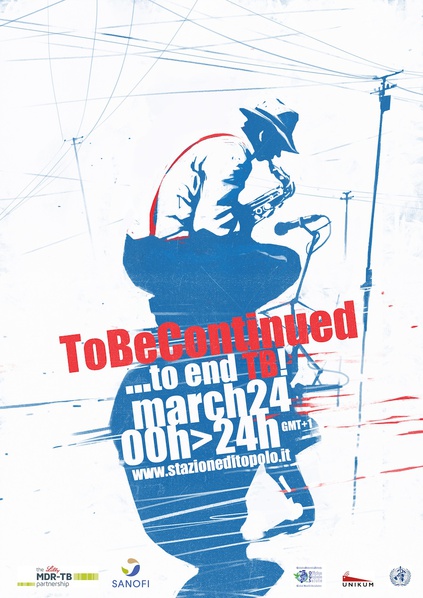 In a few minutes I am off to Luster in Sogn & Fjordane for a 3-day field recording trip.

Thursday coming week I’ll be performing as part of the online radio stream ToBeContinued…, organised by Stazione di Topolò and Global Health Incubator on the World Tuberculosis Day. My performance will be 1430-1500 CET. A few hours earlier Stephan Meidell will be performing, both of us from BEK.

My plan is to do a series of field recordings at Harastølen, a former institution for treatment of tuberculosis in Norway. I am also planning to work on the recordings on site, preparing my material for the performance as far as possible.

Furter information about the net radio broadcast will be available here:

Field-recording at Harastølen in Luster 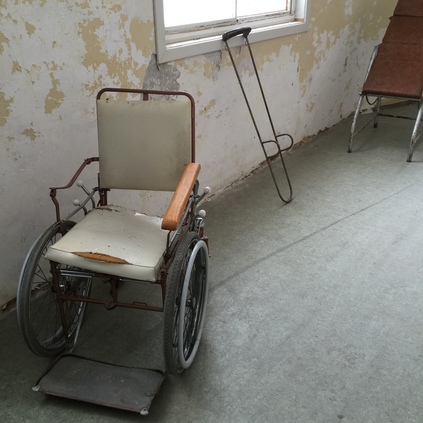 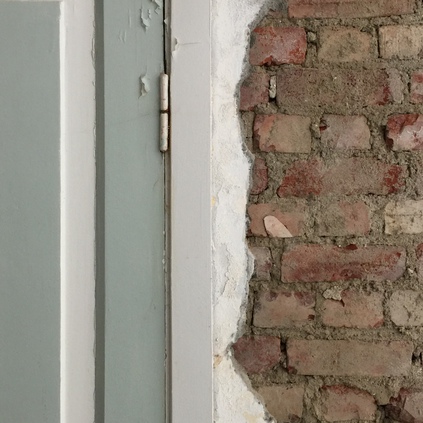 This 30 min radiophonic work was made for ToBe Continued 2016, an original concert lasting 24 hours, during which musicians from many parts of the World will be connected to a website that broadcast their concerts. The concert takes place on the World Tuberculosis day.

Harastølen was built as a sanatorium for tuberculosis patients in Norway. and was later used as a psychiatric institution and lodge for refugees. Since the mid-1990s the building has been abandoned.