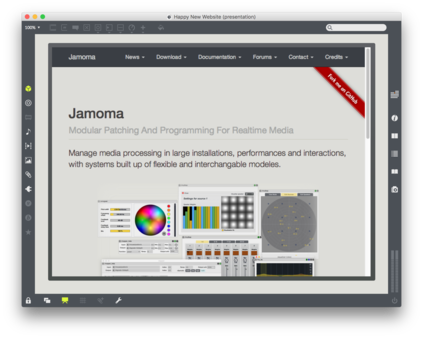 Over the past 1 1/2 months I have been quietly working on a total revamp of the Jamoma web site. All of the developers have felt a need for a restructuring, in particular following the release of Jamoma 1.0 past fall.

The new web site has a new design, and it uses Bootstrap so that it works well on mobile devices as well. Additionally the structure of the site has been reorganised, making it easier to find info on the various implementations of Jamoma, tutorials and downloads. Today Stian Remvik helped doing a review of the design, and half an hour ago the new version went online.

Tutorials are still missing, but the plan is to add a series of screencasts over the coming weeks.

Without phone for the next week 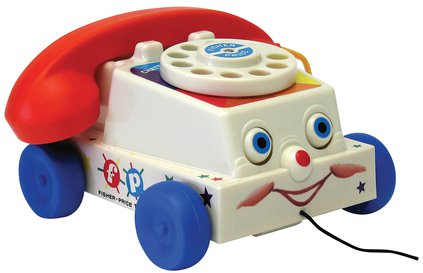 My cell phone is off for repair, and I’ll be without phone for the next week or so. Please contact me on mail instead. Thanks!

Update: Phone is back, now time travelling back to 21st century. 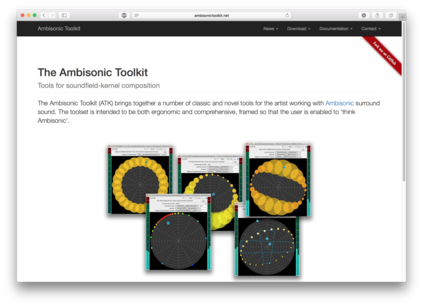 For close to four months we have experienced database problems with the previous CMS, leading to frequent error messages when accessing the web site. In the end we concluded that we might just as well make a fresh start.

The new website has been set up using Jekyll and Bootstrap.

There are probably still a few wrinkles to iron out, and we’d like to develop the tutorials further, but as a start the downloads are finally available again. If you notice any issues with this site, please add an issue at GitHub in order to let us know.

Trip to London and Birmingham 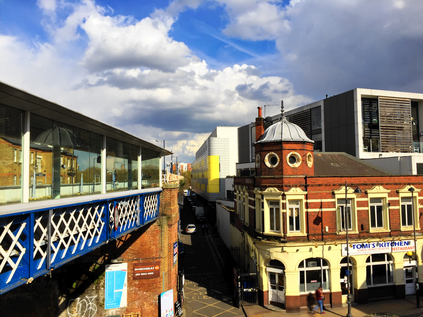 I’m currently on a short trip to London and Birmingham in UK. Two days ago I visited Ximena Alarcón at CRISAP as a follow up to out session when she visited BEK in February. In the afternoon the two of us did a informal presentation to CRISAP staff.

Yesterday I visited the guys running Call & Response, an independent sonic arts collective that has been setting up a speaker rig for presenting multi-channel music and sound art. Alongside the semi-permanent MULTI rig at Lydgalleriet / Østre this is one of a very few such venues that I now of that exists outside of academia, so it was interesting to see the space, get to know more about their work, and discuss possibilities for exchange and collaborations.

Today I’ve been travelling on to Birmingham for BEAST FEAST, a Birmingham Electroacoustic Sound Theatre. I’ll be presenting the Ambisonic Toolkit for Reaper plugins Saturday, and I look forward to the many concerts and presentations during the festival.

ATK for Reaper presentation at BEAST:FEaST 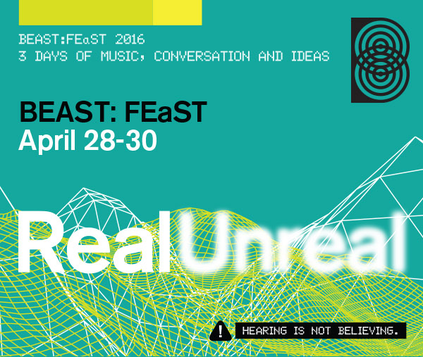 I will demonstrate Ambisonic Toolkit for Reaper at BEAST: FEaST 2016. The presentation takes place in the Doom Room Saturday 30 April 11.00.

BEAST (Birmingham ElectroAcoustic Sound Theatre) is the concert sound system of the University of Birmingham’s Electroacoustic Music Studios. It was founded in 1982 by Jonty Harrison, and over the decades since its launch BEAST has become established as one of the leading systems for the presentation of electronic music in the world. BEAST: FEaST 2016 is a three day festival with concerts, installations and presentations.