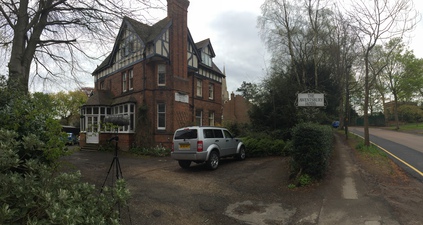 BEAST:FEaST ended yesterday, and now I’m on my way back to London. Before I left I found the time to do a recording outside the hotel I’ve been staying at.

Ircam has posted a video from the fall 2015 Ircam Forum.

It is interesting to observe how the presentation of these kind of events is getting more professional and “awsome”. With the development of similar but independent and possibly commercially based events such as MusicTechFest, I guess there is some kind of competition kicking in here. If it helps getting new ideas and technologies out, I suppose it is a good thing. 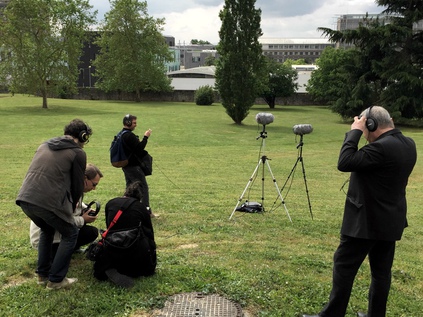 As part of a short term residency at SCRIME in Bordeaux, I am currently participating in a three day workshop on ambisonics and field recording. The workshop will be used to test out new ambisonic recording gear at SCRIME, including field recordings and listening sessions, and offers an introduction to how to work with ambisonics in Reaper using the Ambisonic Toolkit.

In addition to the workshop I have also made some good progress on improving the GUIs of a number of decoders. These will be available in the next ATK for Reaper installer. 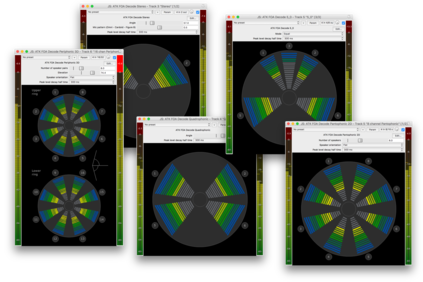 ATK for Reaper v.1.0.0 beta 7 is now available for download. This version improves the graphical user interfaces for a number of decorders. It introduce monitoring of decoded sound levels for a number of decoders: Stereo, Quadrophonic, 5_0, Pantophonic 2D and Periphonic 3D. Additionally it displays the channel configuration for these plugins, making it easier to get channel routing right. The new Periphonic 3D decoder decodes to two rings of speakers.

The new version can be downloaded here.

These additions are the outcome of a short-term residency and workshop that I had at SCRIME in Bordeaux last week. The GUIs for the decoders are inspired by user interfaces from HOALibrary for Max. Peak level metering is based on code by Phil Burke.

I have left you the mountain presents ten new texts written by contemporary writers and thinkers on the architecture of displacement. These texts have been set to music and sung by some of the last remaining groups of Albanian iso-polyphonic singers, an art form now protected as “intangible cultural heritage” by UNESCO.