EROTOGOD is a media art project that generates new stories of creation. The project elaborates on the sensual dimension of aesthetics by connecting advanced computer and interactive technologies to the body as a sensual interface. EROTOGOD’s dyna-text (dynamical text) has its origin in the written word, but translates the printed into corporal sensations. The emerging texts are synesthetic. They are expressed through three dimensional, liquid text, 16 channel immersive, real-time audio and a tactile bodysuit. 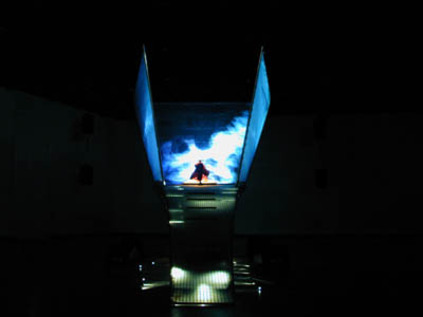 n real-time the installation utilizes the participant’s emotions and expressions to resynthesize, re-write religious myths of creation. These new stories can later be played back, felt and “written” further through the body interface. The installations body based interface replaces the screen and keyboard by active, sensual expressions. Here the body is used as keyboard – and monitor. Through the users absorption into the sensual reconfiguration, EROTOGOD manifests the restructuring and synthesizing of central text taken from the Old Testament, the New Testament and the Koran. 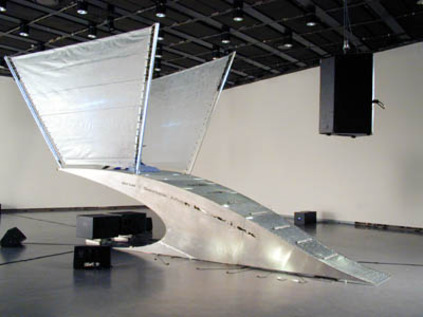 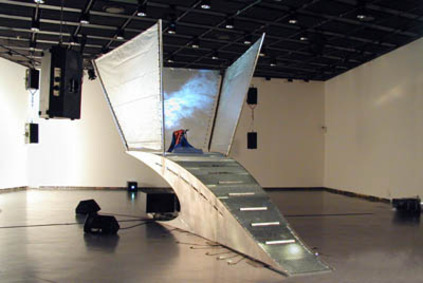 Additional information on the work can be found at at the homepage of Ståle Stenslie.

Kunstkritikk.no wrote a review in November 2003.