LMW (Trond Lossius, Jon Arne Mogstad and Jeremy Welsh) was invited to make a site-specific work for the summer exhibition at Seljord Kunstforening in Telemark – a small community in the middle of the countryside. The exhibition space was a converted barn in which it was possible to work directly on the walls. 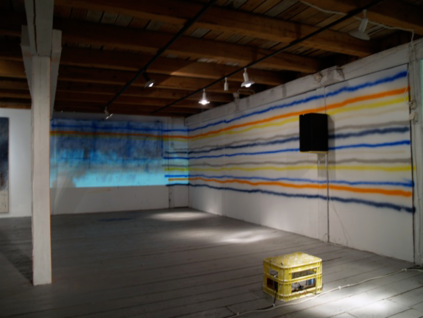 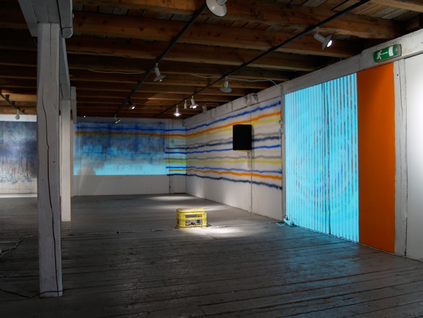 The installation continued the experiments begun in previous collaborative works, where individual elements are made in response to one another and as much as possible of the work is produced on-site. Wall paintings and video projection were combined to make visual hybrids that exist somewhere in between abstract painting and experimental cinema. As in previous installations, the audio was built around samples of sound produced in the working process (sounds of a spray gun for example). The digitised sound was then filtered, layered and spatialised to create a three-dimensional soundscape that tied together the diverse visual elements in the room. 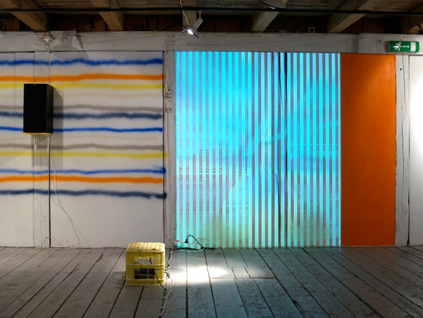 Several of the visual elements used in the installation made explicit reference to landscape traditions, and in particular images of water.