16 channels of audio, horizontal video back projection, video on 3 horizontal LCD screens, in a black room

Documentation recording of the installation Cubic Second (2006) by Trond Lossius (12’ 26"). 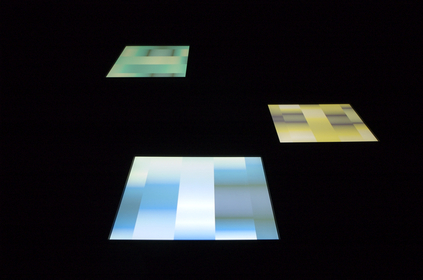 Cubic Second explored the gallery space as venue for a focused audio-visual experience. Paint, textiles and carpets were used to turn the space completely dark. 16 loudspeakers mounted on the walls, hidden behind black semi-transparent textiles, surrounded the inner of the room, enabling the audience to be embedded in rich spatial textures. The resulting space bore a certain resemblance of the black box, the blacked-out venues of acousmatic music or the immersive installation spaces created by e.g. James Turrell, LaMonte Young and Brian Eno. 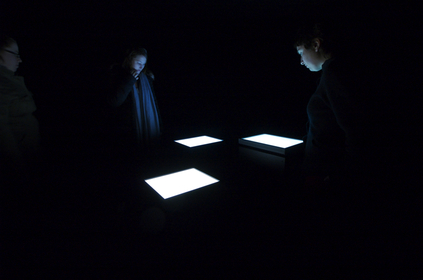 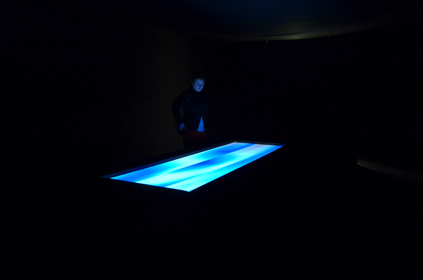 The soundscape was composed from a rich number of sound sources, debris from a number of projects over the last three years. Sound was further processed and abstracted, and combined into an algorithmic multi-layered composition cycling through a number of states, each with a high degree of generative freedom. 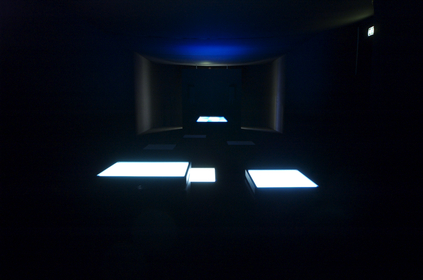 Cubic Second was the final artistic work carried out within the framework of a three-year research fellowship in the arts at Bergen National Academy of the Arts.