It is inspired by Bunraku theatre, video games, slapstick, panoramic experiences and the text “A Certain Number of Conversations” by Alexander Vvedenskij. 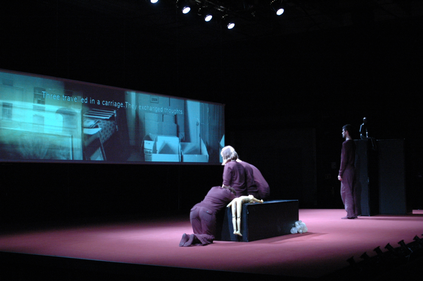 Supported by The Norwegian Art Council, Bergen National Academy of the Arts and BEK. Co-produced by BiT Teatergarasjen.