Sound can be one of the principal channels conveying information, meaning, and aesthetic/emotional qualities in interactive contexts. The twelve works in this exhibition showcase the use of Sonic Interaction Design within arts, music and design, and also provide examples of sonification for research and artistic purposes.

The exhibition was collocated with the permanent Music Technology exhibition at the Norwegian Museum of Science, Technology and Medicine in Oslo.

Norwegian Museum of Science, Technology and Medicine
May 29 – August 21 2011

The call for works for this exhibition was very successful with more than 100 submissions. Eleven works were selected. In addition, a new work by the Norwegian musician and artist Espen Sommer Eide was commissioned for the exhibition. All chosen works illustrate the emerging field of sonic interaction design, and especially how it can be made accessible to the wider public in an exhibition. The exhibition was accompanied by a catalogue.

The Exhibition was curated by Trond Lossius and Frauke Behrendt and produced by BEK – Bergen Center for Electronic Arts. The exhibition was one of the final outcomes of a four-year EU research initiative, COST IC0601 Action on Sonic Interaction Design (SID), running from 2007 to 2011.

Supported by Arts Council Norway, The COST IC0601 Action on Sonic Interaction Design, COST ‘Year of Visibility’ and Lydgalleriet. The opening was part of the program for NIME 2011.

Online catalogue for the exhibition

This interactive installation is a small garden composed of living musical plants, which react individually to human gestures and to gentle contact by producing a specific sound.

Auditory Augmentation at your Fingertips (2010) 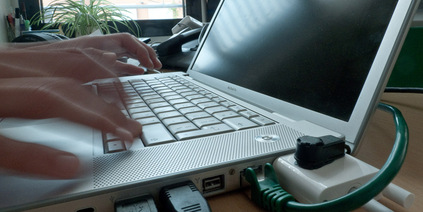 The auditory characteristic of a computer keyboard is altered according to the weather situation outside.

Walk around town with this GPS-enabled “aura’” backpack and headphones to experience a unique sound world – but be aware that you destroy the world as you listen to it, in fact you hear the degraded landscape created by other users’ walks.

Crush is an interactive sound-art installation exploring the microscopic forces released during the process of crushing rock. 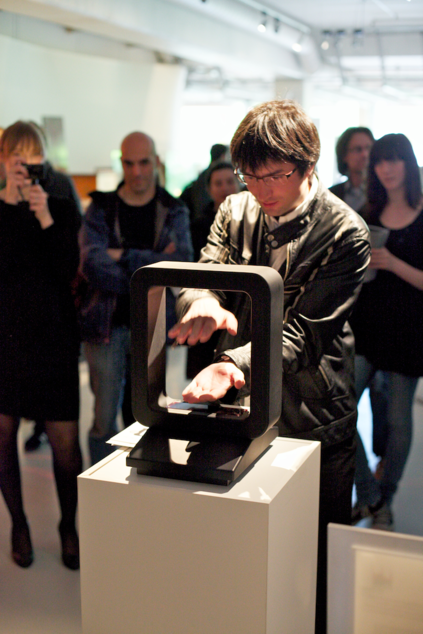 The audiences’ hands form specific gestures that imitate the opening of the mouth while speaking, and these are translated into a kind of voice. 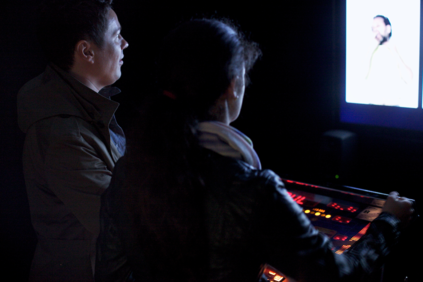 The audience operates the levers and buttons of a modified one-armed-bandit and thereby remixes the pre-recorded music-video of a beatboxer that is displayed on three large screens and by speakers above the machine. 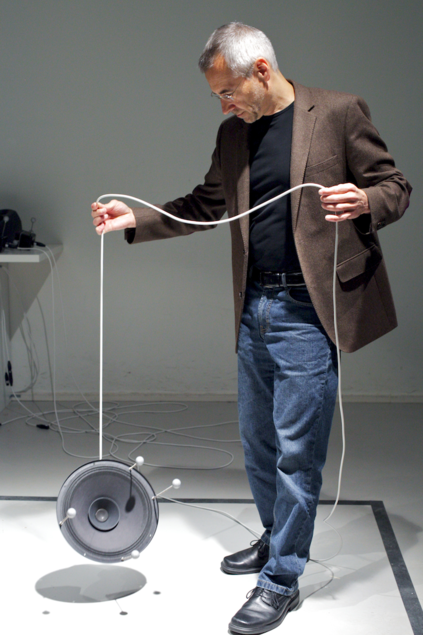 Using a hand-held device with speaker, the audience in this installation interactively explores a virtual sonic sculpture constructed from speech recordings, arranged in a three‐ dimensional lattice structure. 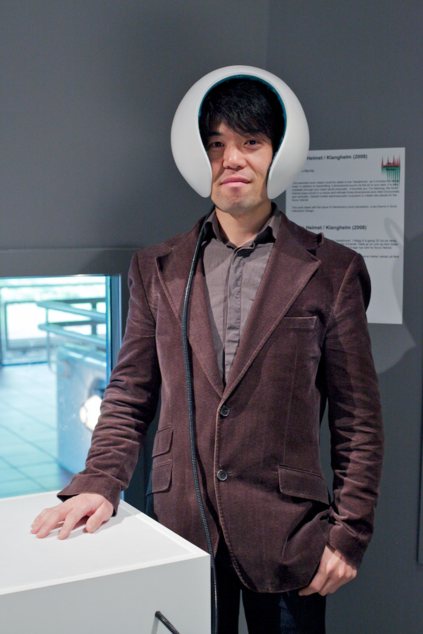 Wearing this helmet allows you to experience 3-D sound in two ways at once: by listening to the sounds with your ears, and by feeling vibrotactile stimulations that are mediated through your scull. 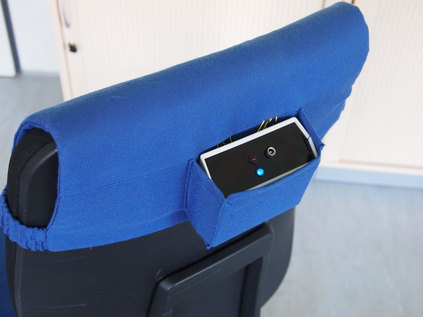 This interactive office chair gives auditory feedback that encourages users to be more dynamic on their chair, for instance to avoid back problems from a overly static working style. 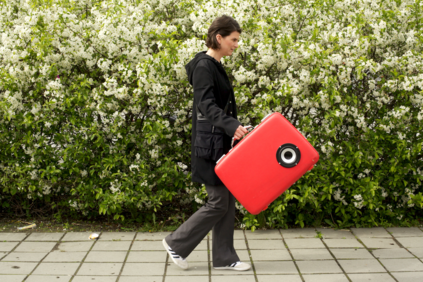 This is a portable sound piece that generates and broadcasts the sound of a flock of house sparrows in response to the act of swinging. 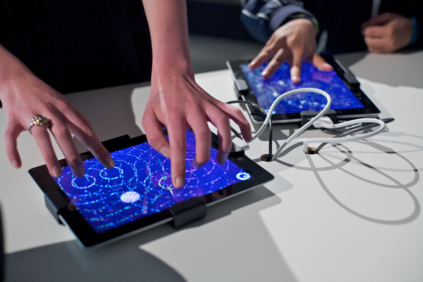 This audio-visual iPad app is a commissioned work for this exhibition that focusses on gestural interaction.

The Movement I-V at App Store 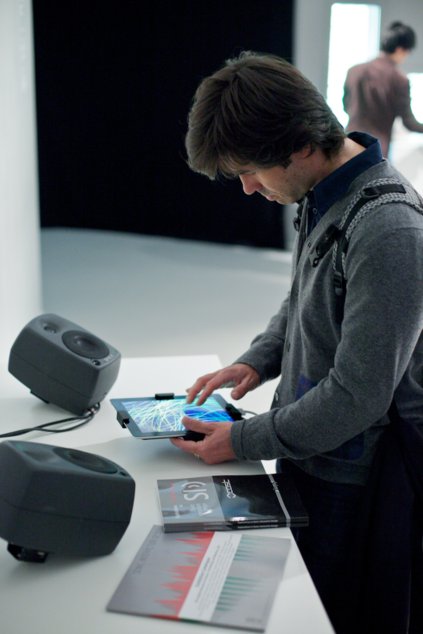 By drawing on the iPad screen with your fingers, you create dense sonic and visual patterns within a space of warm, bright, rhythmic sound design and constantly evolving, bending, elegant scrawls.

All photos by Marius Hauge, except the photos of Auditory Augmentation, Aura and Sonic Chair.