Re: place and Sandnes exhibitions

2012-2013 I was engaged at Bergen Academy of Art and Design (KHIB) leading the art research project Re: place. The project was an investigation of (relationships between) place, time and memory as manifested in artistic works exploring image, sound, text – or combinations of these. The main artistic outcome of the project was a pair of exhibitions at KINOKINO Centre for Art and Film and Sandnes kunstforening in the fall 2013. 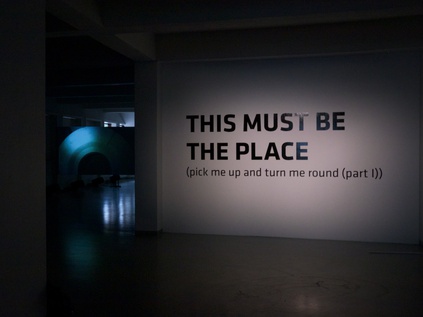 The question of “Place” is considered both in terms of how artistic practices encounter and interact with actual places and, conversely, how creative acts can also take the form of “placemaking”. Artists connected to the project represent both of these positions, and in many instances combine aspects of both in their investigations of the complex relationships between image (representation) and memory as lived experience of a specific space or place.The artistic strategies employed range from the interpretive, for example how a contemporary composer might formulate a new soundtrack for a film such as “Berlin, A City Symphony”, through the investigative such as photographic explorations of particular places, to the constitutive, for example how contemporary media are used to elaborate a “sense of place” that can be virtual, distributed and post-geographic.

How “place” is constituted, reconfigured, deconstructed, augmented, discussed, described, experienced – through a variety of signifying practices – is the core theme and question of the project.There are a number of different approaches that will be used, examined, cross-referenced and interrogated during the project period.The intention is not to realise one single, unified artistic project, but to gather together a number of related and interconnected artistic processes through a series of thematically linked events that are also connected to discursive investigations of the project’s theme or themes. 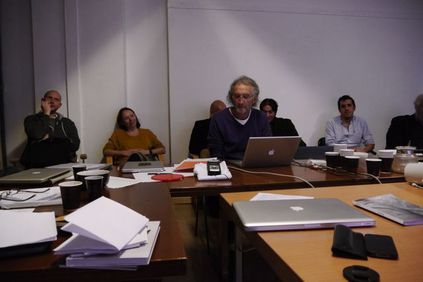 Re: place built upon the existing practices of participating artists, further extending investigations that had taken place within the framework of previous research projects and seminars, including, most recently, the seminar “Placeholders”, which took place at KHiB in September 2011.

Re: place was initiated by Bergen Academy of Art and Design (KHIB) in association with Oslo Academy of Art (KHIO) and The Grieg Academy (Griegakademiet), also collaborating with Atelier Nord ANX, BEK, Fotogalleriet, KINOKINO Center for Art and Film, Sandnes kunstforening and Screen City. The core research team consisted of Jeremy Welsh, professor & dean of Fine Art at KHIB; Synne Bull, associate professor in film and video at KHIO and Morten Eide Pedersen, leader of the composition department at Griegakademiet, Trond Lossius, engaged by KHIB as project leader and Signe Lidén, as research assistant from October 2012. Colleagues from all three institutions were involved in the project, as well as external partners and guest researchers.

Re: place was funded by the Norwegian Artistic Research Programme, and the exhibitions received additional funding from Arts Council Norway.

This must be the place: Pick me up and turn me round (part I) 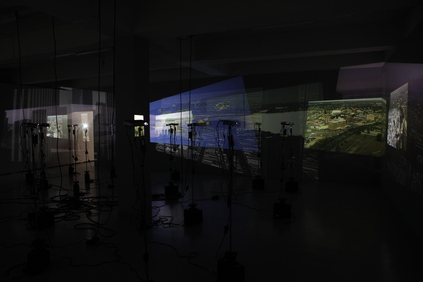 Heaven Can Wait by Bull.Miletic

In Bull.Miletic’s life-long project Heaven Can Wait, the revolving restaurant is treated as an optical device where attributes of elevation, enclosure and mechanical motion evoke a unique cinematic experience, a cinéma trouvé. Specifically designed for this exhibition, 24 slowly revolving projections display a selection of 24 views in their original speed and direction, overlapping and dissolving into each other to create new versions of natural and urban landscapes. 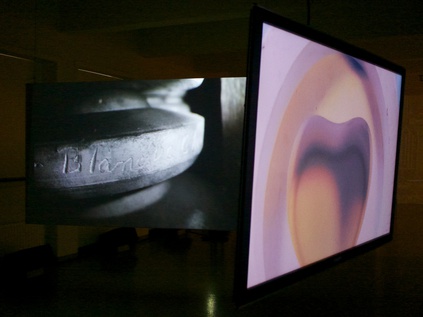 Tracings by Jeremy Welsh combines video and slides collected at the disused Spode ceramics factory in Stoke on Trent. The recordings are slowly moving close-ups of plaster moulds, used in the production of ceramic objects. On the surface, information is inscribed, such as date, names, descriptions or signatures. Inscriptions and objects are subjected to a roving gaze, an exploration and abstraction of the place in which the objects are encountered. 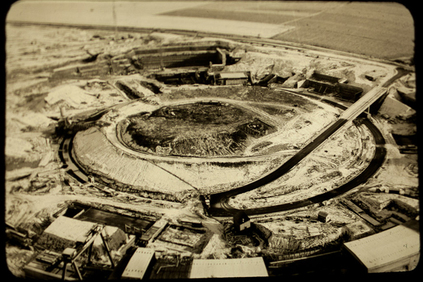 Les Conseilles by Ellen Røed and Signe Lidén reflects on the genesis and geography of CERN by searching archives for traces of the work of the late Odd Dahl and Kjell Johnsen, central to the construction of the Proton Synchrotron—the first proton collider at CERN. 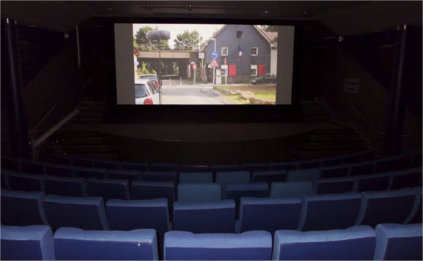 Muelheim an der Ruhr, August 2013 by Trond Lossius and Jan Schacher is a series of audio-visual field recordings presented as “slow cinema.” Devoid of plot and characters, the suburban soundscape takes centre stage. The project is further documented here. 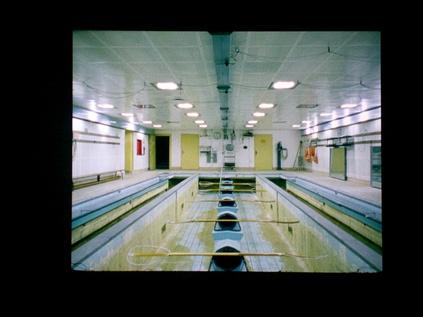 Two films about pressure by Andreas Bunte revolve around the human attempt to reproduce the high and low pressure observed in nature. This seemingly scientific concern becomes an investigation into two particular sites and technologies affected by the fall of the Berlin Wall and the re-unification of Germany. 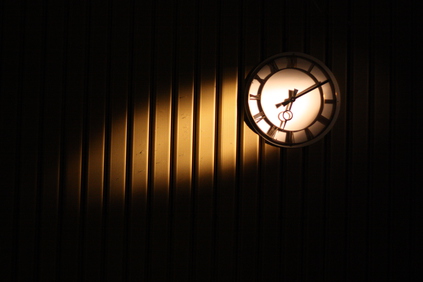 Beyond by Signe Lidén

Beyond by Signe Lidén transforms the floor of the large cinema into a resonating loudspeaker. A scenery of auditory archaeology from the Polish city of Bytom unfolds, a place where buildings, roads and fields slowly collapse into a decades-old labyrinth of coal mine tunnels. 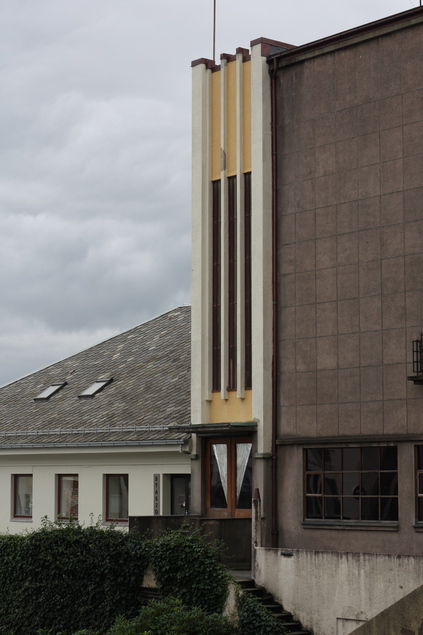 Supernumerary is a series of interventions throughout KINOKINO by Anne Marthe Dyvi. The ‘supernumerary’ denotes a structure or organ present in excess of the normal.

A multichannel sound installation by Trond Lossius, Morten Eide Pedersen and Signe Lidén is present throughout the exhibition space.

This must be the place: I love the passing of time (part II)

This must be the place: I love the passing of time (part II)
24 October–24 November
Sandnes kunstforening
Olav Kyrresgt. 5 (KINOKINO), 4307 Sandnes, Norway 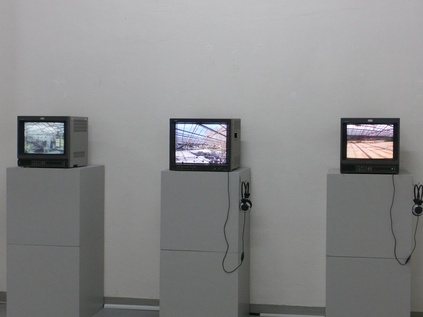 And time begins again by Eamon O ́Kane is a series of video works relating to a derelict plant nursery. Samuel Beckett’s Text for nothing, read by Jack MacGowan, accompanies footage of different parts of the nursery complex, expressing the friction between the natural and the human made. 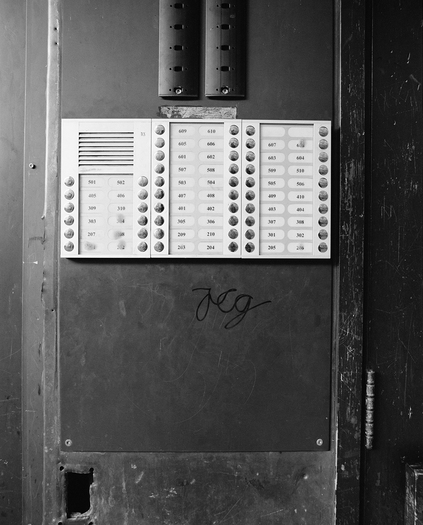 Tøyen Center is a series of photos by Line Bøhmer Løkken. The construction of Tøyen Center in Oslo in the 1970s was guided by ambitious and classic urban planning. Over the last 15 years, Tøyen has developed into a location for marginalised groups in Norwegian society, with almost half of the center’s retail space empty.

The opening at Sandnes kunstforening was part of the program for Screen City, a festival dedicated to the moving image presented in public spaces, curated by Daniela Arriado and Mirjam Struppek.