The Atmospherics III - Till it rains, I’m gonna stay inside

16 channels of sound and 5 HD video projections. As in the second installation, loudspeakers are arranged around the edges of the gallery space, on the floor and mounted on the wall just below ceiling height. With a greater ceiling height, and the overall dimensions of the room, this became the most spatialised version of the work so far.

The five videos all have different durations, so that the combination of images changes constantly. Certain images feature in several projections and on rare occasions, these images converge. Imagery used here combines material used in the previous two installations, while the sound sources are mainly based on recordings made in Hardanger. 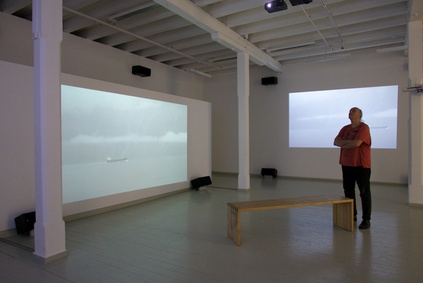 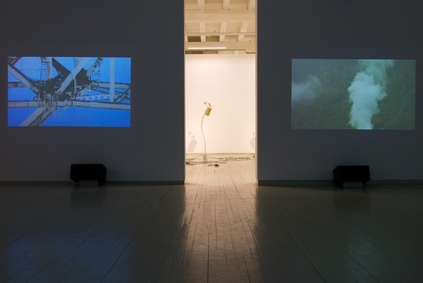 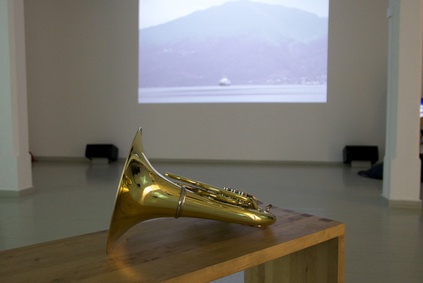 This version of the installation was shown in the context of “Oversettelser” (Translations), a project produced and curated by contemporary music ensemble Lemur. Several audio-based installations were presented in Bomuldsfabriken’s galleries, and on the opening day a series of concerts and performances took place, led by professional musicians including members of Lemur, and featuring children and youths from schools in the region.

This installation was the setting for performances of works by composers Cornelius Cardew and Howard Skempton. 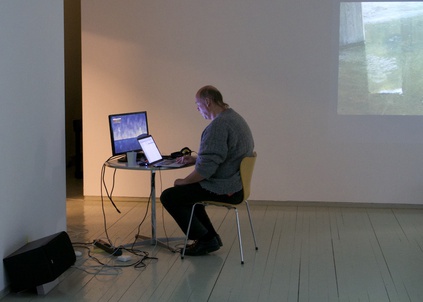 Trond Lossius mixing and editing sound for the installation. For each version of the work, the audio needs to be edited on-site in order to maximise the acoustic potentials of the space and to create a continuity with the projected images. As the relationship between image and sound is associative and suggestive, rather than literal and illustrative, the fine-tuning of each installation is an essential part of the working process, and is a method that has been developed during a long collaboration.

The Atmospherics has been supported by: The Municipality of Bergen, Arts Council Norway, Norwegian artists’ project fund and BEK – Bergen Center for Electronic Arts.