This performance was commissioned by Bergen Assembly as an artistic response to the WITHIN II project by Tarek Atoui, performed at Sentralbadet September 30, 2016. The work combines text and music performed on select instruments of the Within exhibition by professional and amateur musicians of different hearing abilities. 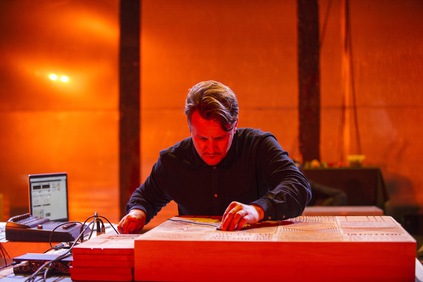 Audio documentation of the performance

Developed on site this work explores the particular affordances of the instruments, as well as the communal aspects and issues of hearing and deafness that underpins the WITHIN project. It further reflects on issues of audio ecologies, and a general selective ecological and political deafness.

Several instruments were modified for the performance with custom electronics and software for audio processing. Sound samples recorded by composer Kari Telstad Sundet with members of the deaf community in Bergen used by permission. These were originally sampled to be used with the Kvadrat instrument, but was repurposed for other instruments in this work. 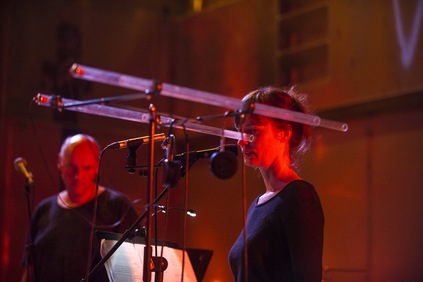 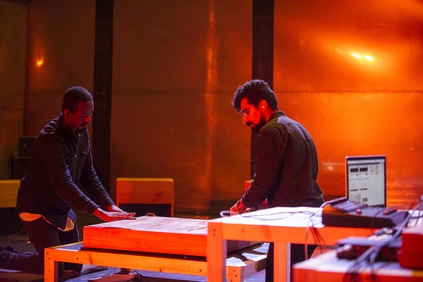 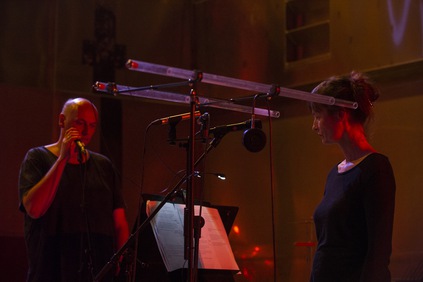 Texts for the performance

The psychologist James J. Gibson introduced the term affordance. to describe what the environment offers us. The chair affords sitting, and the ball affords throwing.

In preparing for today I have asked myself what are the affordances of these instruments? How do they want us to engage with them?

I have done many recordings in streets, squares and public spaces, and I have listened to these places at length. Sometimes, as an exercise, I try to find my way through town only by listening, as if I was blind. In Berlin recently, I walked five blocks to far, losing myself in the sound of the city, passing from one street to the next, navigating by sound only.

Is it darkness, or just nothing, like what you don’t see at the back of your head?

On the bus, I put on my headphones, and starts recording the whole trip while listening to it. The sound of one hour of bus riding.

It is loud, and I get concerned that it might damage my ears, but taking of my headphones the real sound is just as loud.

Do I remember any sounds from my childhood? There are very few that I can come to think of, but I always liked the sound of seaplanes taking of or landing in Sandviken. They would be heard more than seen. Occasionally there are still seaplanes out there, and hearing them bring back these memories.

It is difficult to hear sounds when they are no longer there.

It is summer, and I am recording at Astrup-tunet in Jølster. I hear birds, the wind in the trees, footsteps, distant voices, and the lake below. But the loudest sound is the distant swooshing drone of traffic at the other side of the lake.

A man passes by and asks what I’m recording. He stops to listen. At first he is bewildered, it seems like he is not able to hear any sounds at all. After a while he says, ‘Birds!’. Are you recording the birds?

I am baffled. ‘Don’t you hear the traffic, this long sonic scar stretching all along the valley?’

A sound designer lays in bed in the springtime. The sun is shining, and birds might be singing. They should be singing, but he hears none. He leans over to his partner and asks if she can hear birdsong. She says ’Yes.’, and he know that his life is going to be different.

In the last forty years the bird population in Northern America is down by one billion birds.

If you can’t hear them anymore, it might not be you.

I am horrified by the news about the terror attack in Paris, and concerned about the friends I have there. I mail Tarek to check if he and his family and friends are OK. He replies a few minutes later:

Yesterday explosions took place in Beirut not far from where my aunt lives, but she’s fine, and today Paris two blocks away from home. Sandra is in Paris, friends and family are safe, but this is all crazy and very sad.

I didn’t know about the terror attack in Beirut the day before. I had not heard anything about it in the news. I get acutely aware of how selective and ignorant I and we permit ourselves to be, and I feel ashamed.

The rest of the mail reads:

The best thing to do is to keep on working and going. I learned this from previous wars and as a child.

Empathy is the deepest listening.

When we build walls, we do not just block movement of people, but we block the sound of them. They become the ones we don’t have to hear about, listen to, see, know about, care for, or have empathy with.

At the other side of the wall we become monsters.

I started by talking about affordance, and I would like to end with a quote from the book by James Gibson.

Why has man changed the shapes and substances of his environment? To change what it affords him. He has made more available what benefits him and less pressing what injures him. In making life easier for himself, of course, he has made life harder for most of the other animals.

There is only one world, however diverse, and all animals live in it, although we human animals have altered it to suit ourselves. We have done so wastefully, thoughtlessly, and, if we do not mend our ways, fatally. 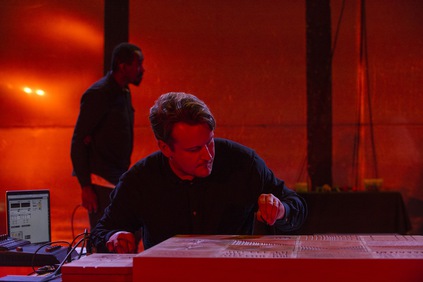 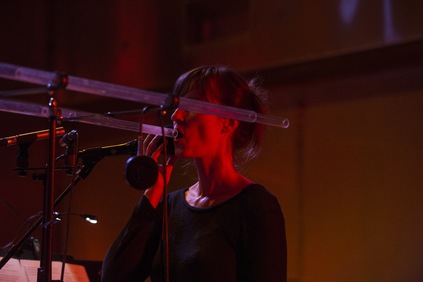 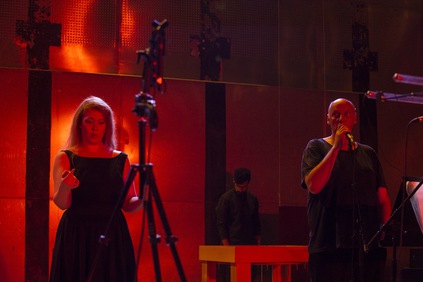 Tarek Atoui’s projects radiate around large-scale, collective performances that explore new methods of composition and sound production through research into the history of music and instrumentation. His work at Bergen Assembly is based on WITHIN, first developed with the Sharjah Art Foundation in the United Arab Emirates in 2012 as the outcome of conversations with teachers and students from the Al Amal School for Deaf Students in Sharjah and a collaboration with Paris-based curators Grégory Castéra and Sandra Terdjman (Council). Since then, WITHIN has taken place at the UC Berkeley Art Museum (BAM, Berkeley, USA), the Experimental Music and Performing Arts Center (EMPAC, Troy, USA), and the Center for Art and Media (ZKM, Karlsruhe, Germany).

Atoui explores hearing diversities and how deafness can influence the way we understand sound performance, its space and instrumentation. WITHIN features musical instruments that addresses both the Deaf and the hearing.

In Bergen, from September 1 to October 1, 2016, alongside an exhibition entitled Infinite Ear by Council, an important chapter of WITHIN takes place at Sentralbadet. The abandoned pools host an ensemble of nine new musical instruments developed by acoustic instrument makers, speaker designers, software engineers and musicians who have been working with Atoui since 2014.

Composers and performers are invited tovactivate WITHIN’s instruments with the participation of professional and amateur musicians of different ages and hearing abilities, resulting in concerts and performances at which audience and musicians will be invited to hear, play and experience sound differently. 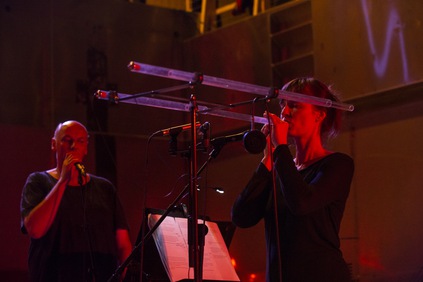 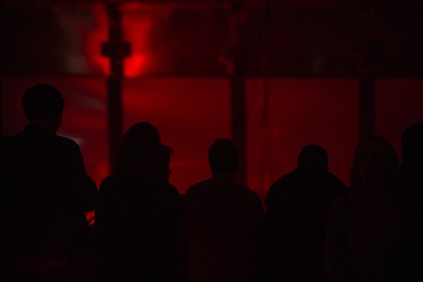